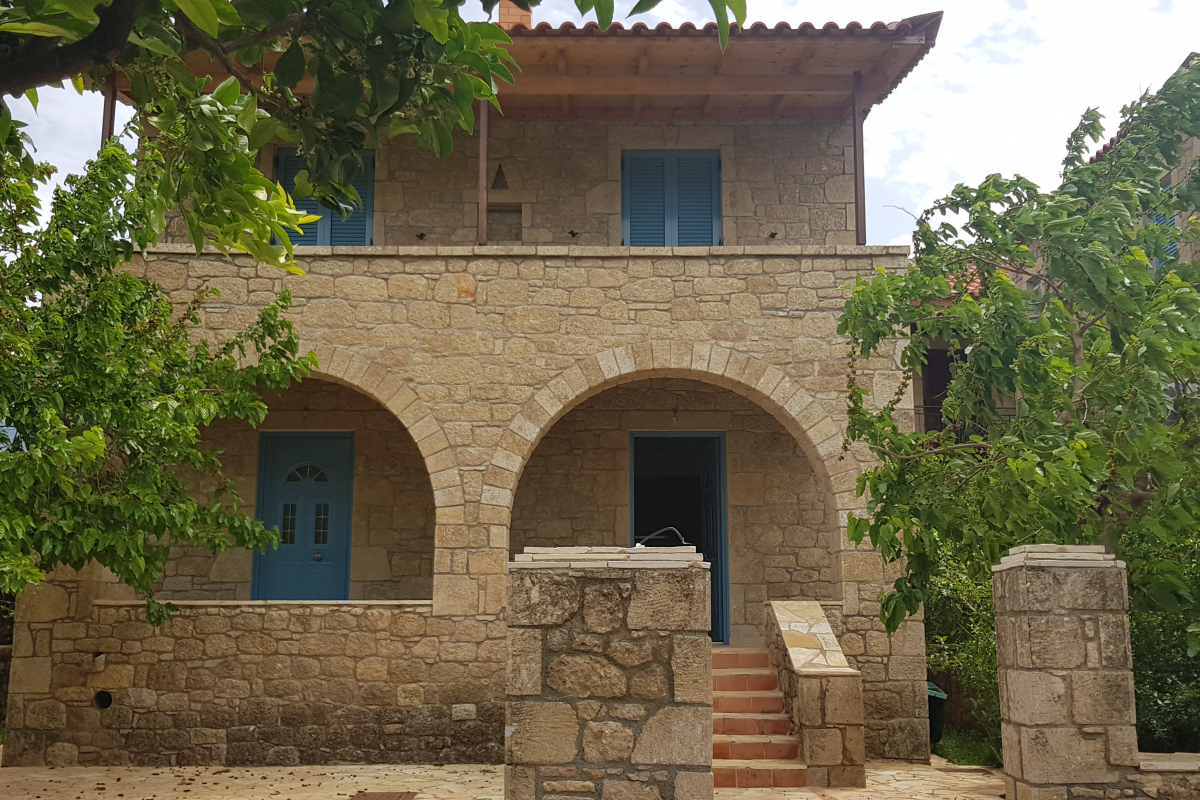 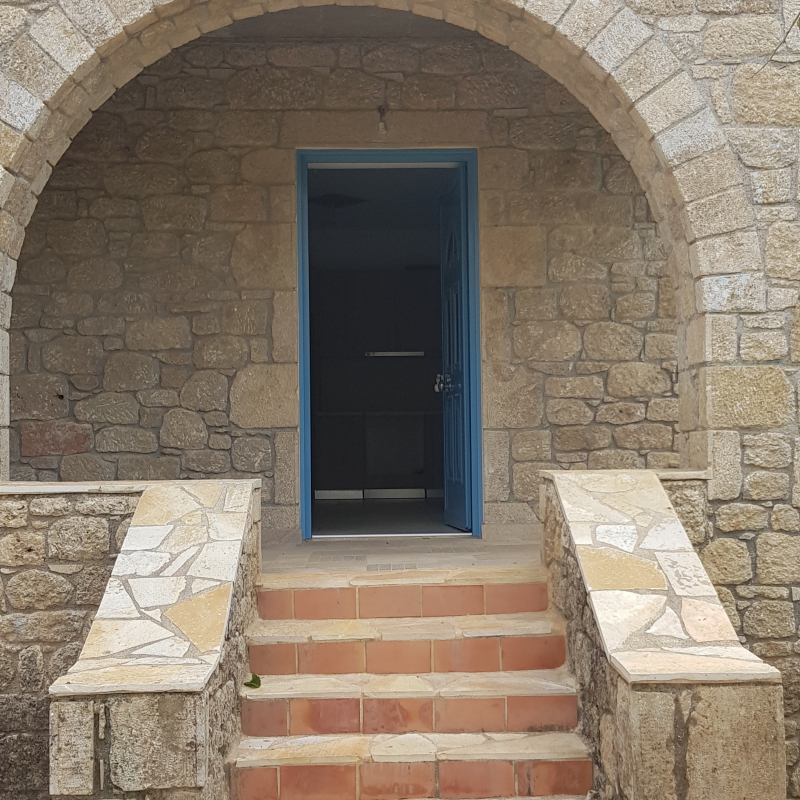 A rare opportunity to buy a new build stone house in the heart of the traditional fishing village of Agios Nikolaos. The house is situated in a quiet spot just a short stroll to the picturesque harbor with its waterside cafes and tavernas. At present two houses are being built and one of them has already been sold. The one still for sale is 102m² and stands on a plot of 190 m².

The plot is walled all around and has ample space in the front to park two cars. Steps lead up to the arched entrance veranda and into the main house which consists of an open plan lounge and kitchen area, and a guest shower room and toilet. Stairs lead up to the two bedrooms with room for double beds and wardrobes.

Each bedroom leads onto a balcony with views over the village and the mountains and a small view of the sea. There is also another shower room on the first floor. The owner is also the builder and as the kitchen and tiling has not been done yet any prospective buyer would be able to choose the finishing to their own specification. The house also has a small tiled basement area of 15 m² which will house the central heating boiler and can be used for storage. As well as central heating the house will also have air conditioning and an open plan fireplace.

There are several places to swim from the rocks in the village itself or one can stroll to the sandy beach at Agios Dimitrios which also has two beach side tavernas. There are two supermarkets in the village as well as a chemist, a health center, local cafes, ATM machines, restaurants and bars. Agios Nikolaos is a much sought after and popular village and boat owners can find a mooring in the harbor alongside the fishing boats. This house will be snapped up very soon so early viewing is advised. 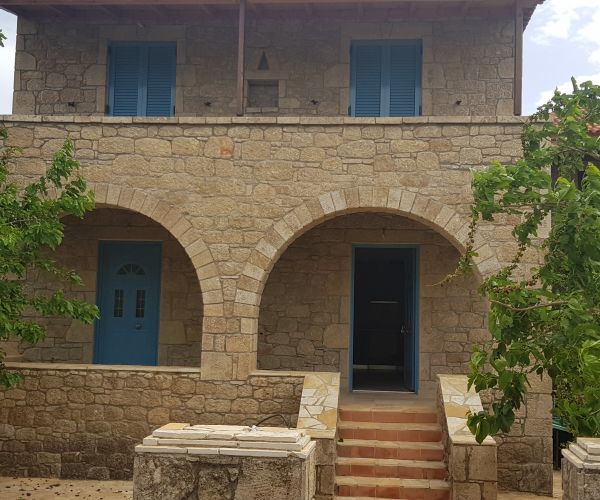 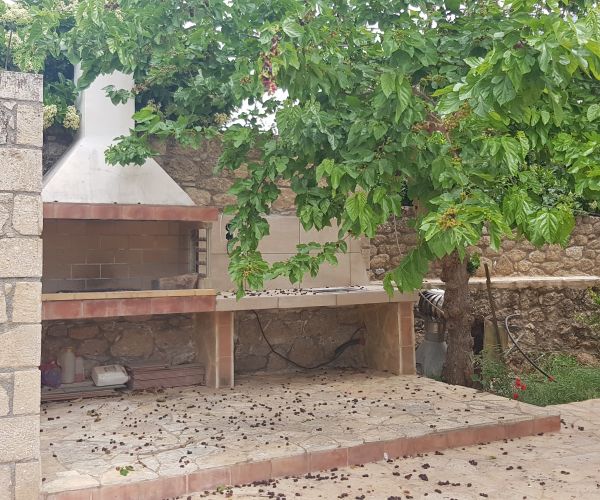 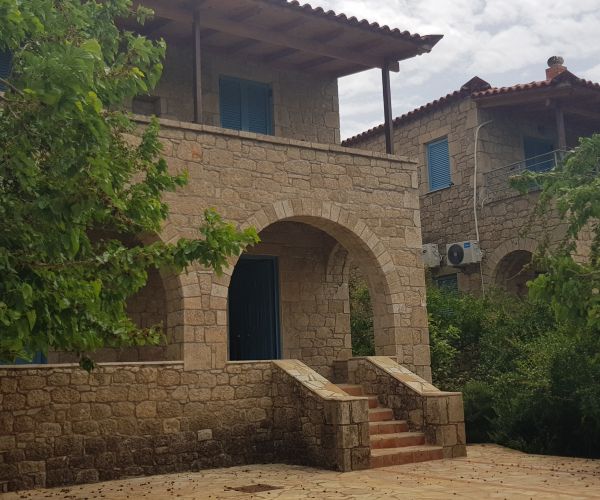 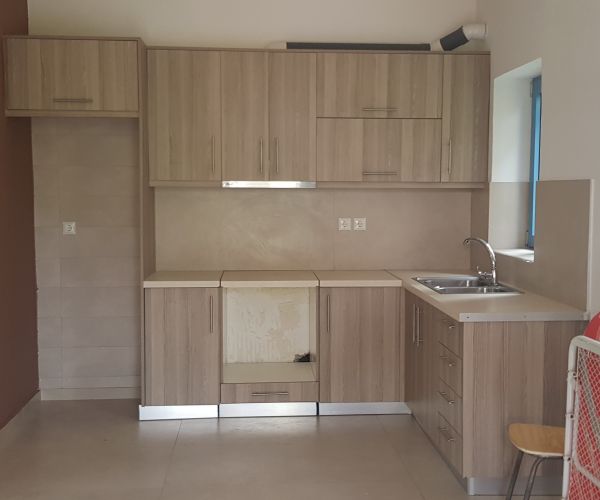 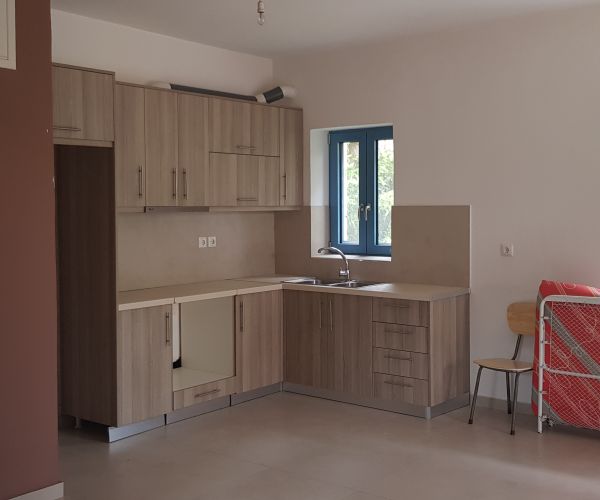 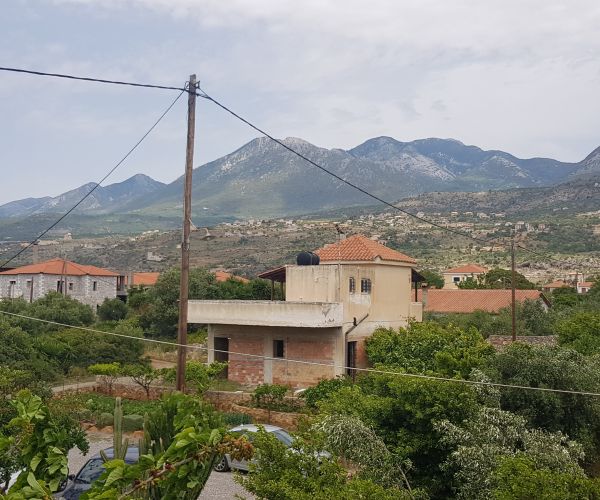 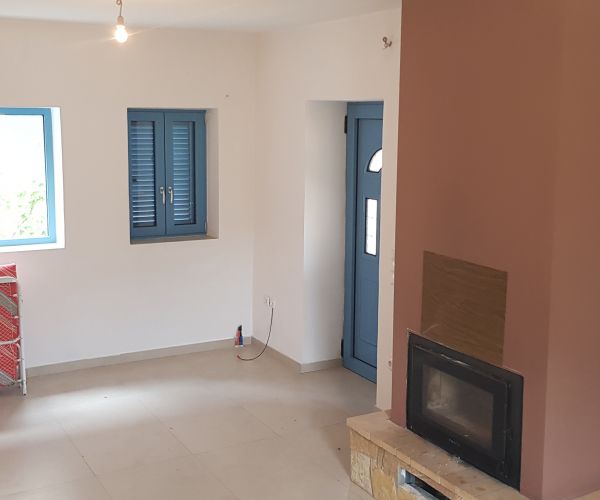 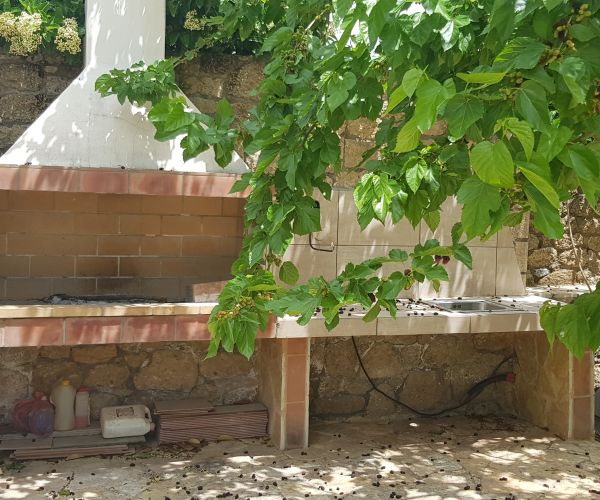 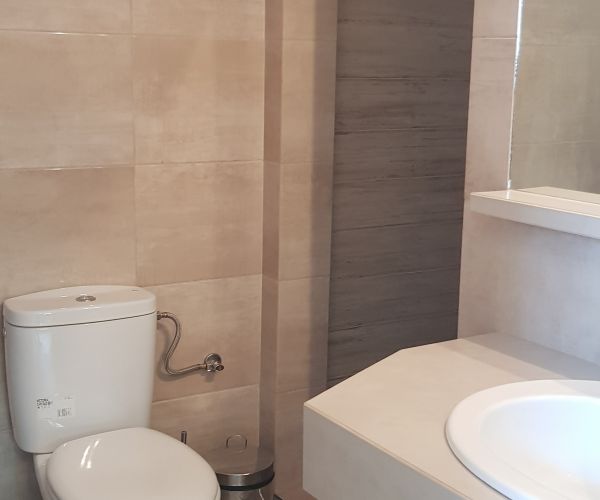 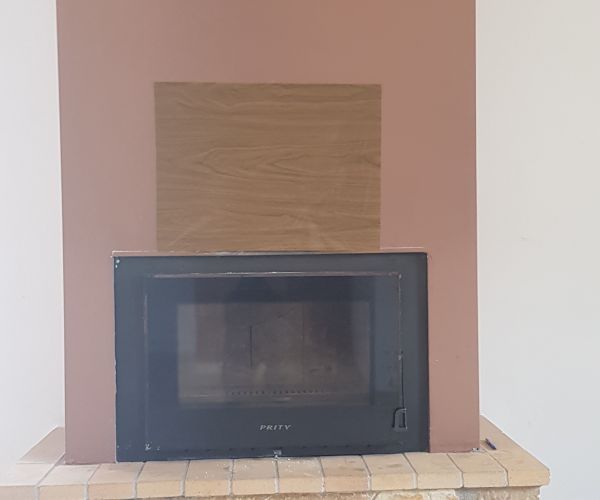 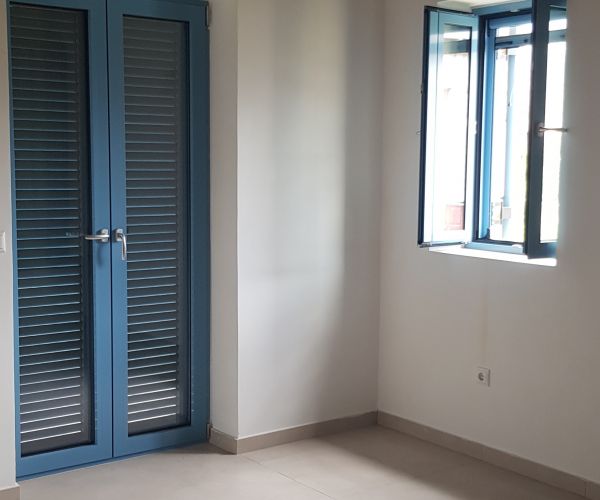 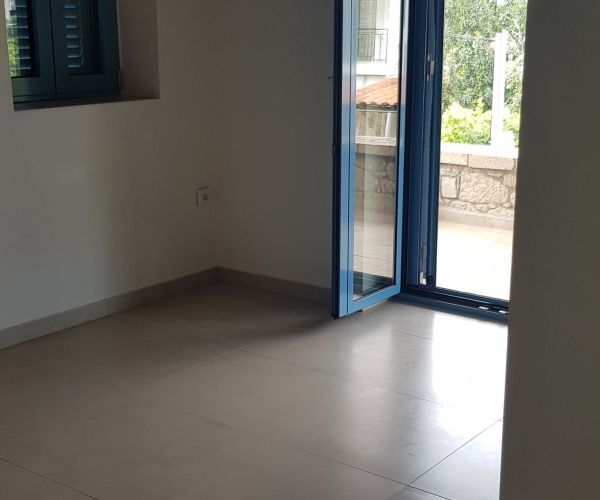 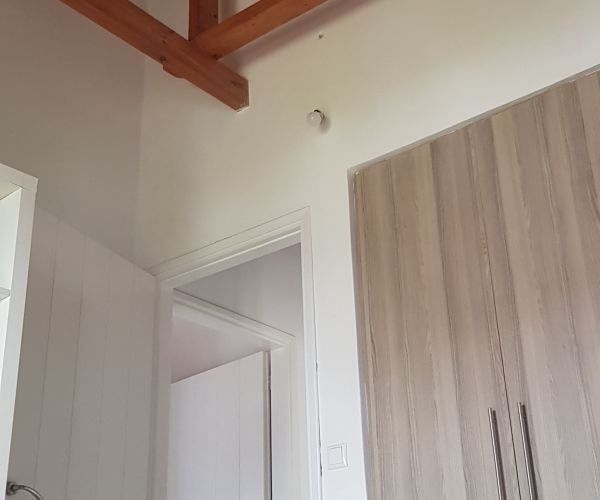 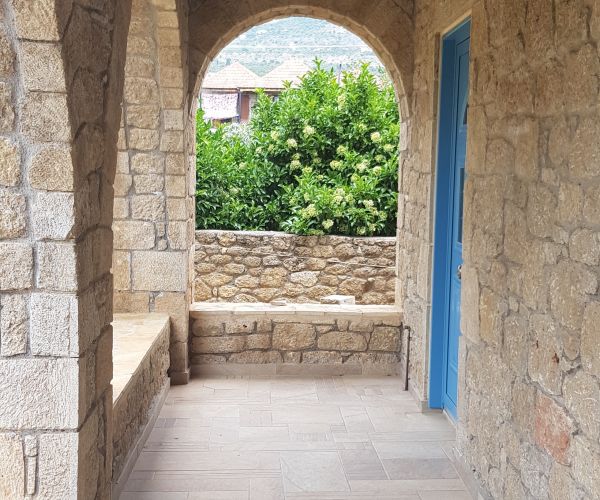