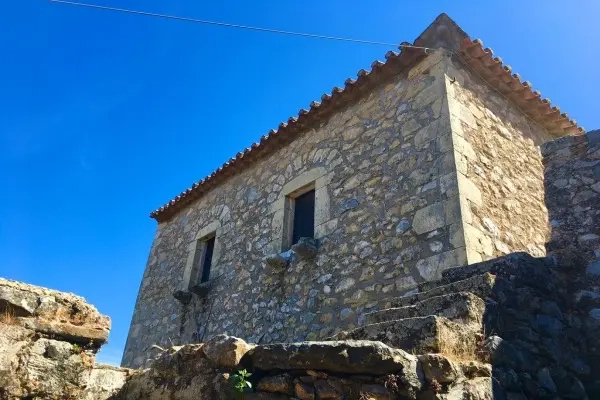 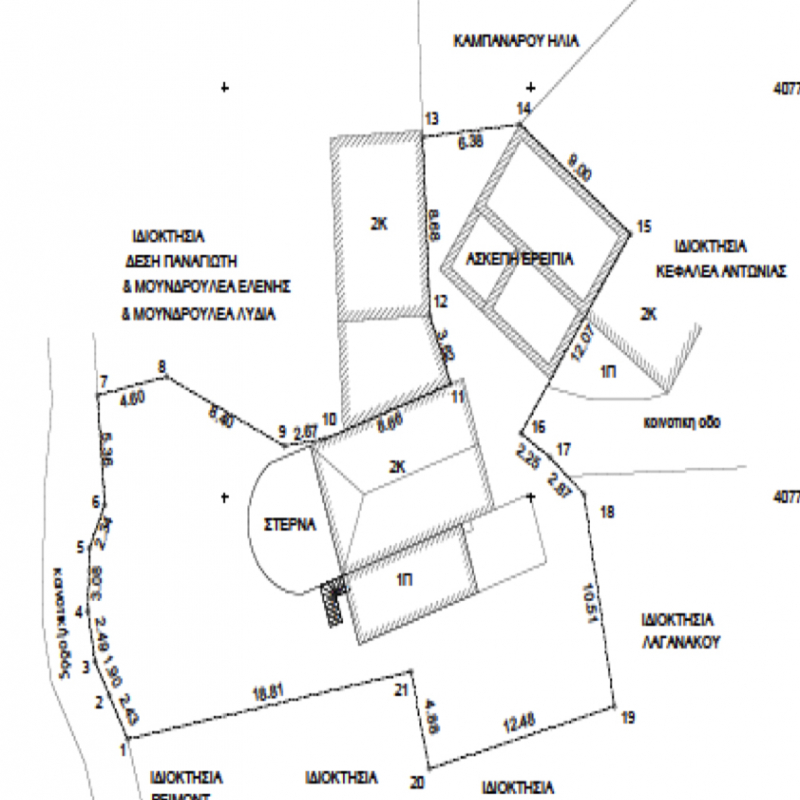 €145,000
Property Code: 2019
A wonderful opportunity to buy two houses in need of restoration, next door to each other inside a beautiful traditional Maniot village
Garden Courtyard Sea View

A wonderful opportunity to buy two houses in need of restoration, next door to each other inside a beautiful traditional Maniot village, which is a short drive away from the coastal village of Stoupa. The first house is on two floors, the lower floor is dominated by traditional, stone, arched rooms which are called “Kamaras”. In the old times, they would have been used for storage and as a shelter for animals.

The upper floor is one bedroomed house with a kitchen, living area and a bedroom with an outside veranda with views of the lower village and the sea. The bathroom is an outhouse situated in the garden. The house was built in 1874 and used lately by the owner and his family for the summer holidays. The Outside area is almost like a “secret garden”. The gated entrance leads into a stone, walled courtyard with a traditional wood-burning oven in the corner where you can cook and make delicious, homemade bread, dishes and pizza, which was a very usual occurrence a few decades ago.

It is shaded by trees and a narrow, stone staircase leads down from the house to the rainwater harvesting cistern on top of which can build an extra living space or sea view veranda, and then into a very large mature garden. It is very rare to find such a large garden within a village. As you leave this house through the gate, directly opposite is the second house which is within another stone, walled courtyard and a stone ruin, with impressive, stone “Kamaras” still intact.

The property is offered as seen and in need of complete restoration. These houses would be suited to buyers who are looking for a large, private a real taste of Greece and a chance to restore a part of history and make it their own. 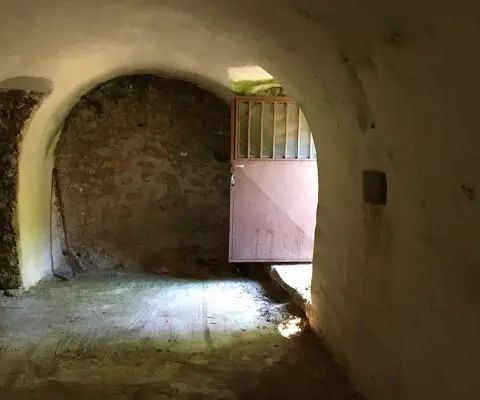 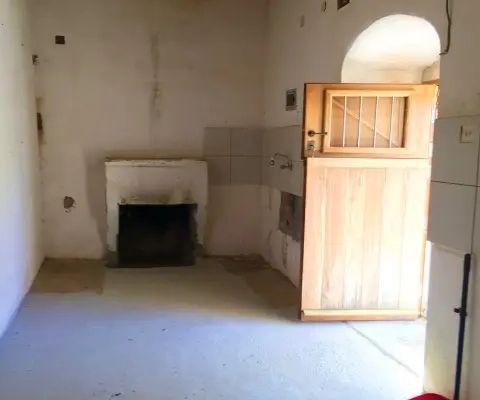